Patricia Wilson, a five-time Daytime Emmy nominee, is Executive Producer and Showrunner for Entertainment Studios; she coordinates its signature court shows and their 24-hour legal network – Justice Central, including America’s Court with Judge Ross, We the People with Gloria Allred, Justice For All with Cristina Perez, Supreme Justice with Judge Karen, Justice with Judge Mablean and The Verdict with Judge Hatchett.

Patricia majored in Political Science at UCLA with an emphasis in American Politics and a minor in Urban Planning and U.S. Poverty . As an undergraduate, Patricia served as a reporter for UCLA’s radio station and covered stories ranging from South African Apartheid and the release of Nelson Mandela, abortion rights for women, and the civil disturbance in Los Angeles following the Rodney King vs. LAPD verdict. Patricia relocated to Washington, DC where she worked for a democratic lobbyist firm during President Clinton’s first term. This internship deepened Patricia’s investment in politics and compelled her back to Los Angeles to pursue a career in network news. 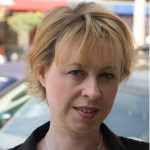 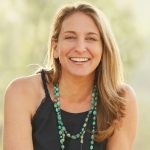