We are pleased to introduce Minh Tran, this year’s Wendy Davee Award for Service recipient.

Minh is an alumnus of the MA in Counseling Psychology Program who has demonstrated a longstanding commitment to service.

Minh identifies himself as a “first-and-a-half” generation Vietnamese-American who was born in Vietnam, but grew up in the United States. As part of the last wave of the so-called boat people, who fled Vietnam seeking refuge in the Philippines and eventually resettled in the United States, Minh quickly became cognizant of the disparity between the high hopes associated with the “Land of Opportunity,” and the reality of the struggles of an immigrant family starting life anew in a foreign land. Minh reports a sense of having come full circle since that time. He attributes this to coming into his sexual identity as a gay man, pursuing a BA in English, cultivating a passion for nonprofit work, and answering a calling to attend Pacifica Graduate Institute to become a depth oriented psychotherapist. Minh feels a tremendous privilege to now be in a position where he is able to manifest the ambitions of his ancestry.

Minh’s background is in community mental health, where he has served individuals of the LGBT community, HIV-positive persons, the monolingual Vietnamese population at Special Service for Groups in Los Angeles County and Mental Health Association in Orange County, California. Even prior to becoming a clinician, Minh worked for a number of years at the Asian Pacific AIDS Intervention Team (APAIT) and The LGBT Center of Orange County as a paraprofessional counselor helping prevent transitional aged youth from contracting HIV and becoming addicted to drugs and alcohol.

Upon his graduation from Pacifica, Minh was named one of 70 Los Angeles County MFT Stipend recipients. As part of his year-long stipend commitment, he has been working with Latino children, teens, families, and individual adult clients, at Enki Health & Research Systems, Inc. (EHRS), a county public mental health clinic in Bell Gardens, CA.

Minh was then awarded a scholarship to complete a 9-month post-graduate certificate program in psychedelic therapies and research at the California Institute of Integral Studies (CIIS). This program is the first of its kind in this country, preparing clinicians to staff psychedelic therapy research in anticipation of expanded access, which will bring psychedelic treatment out of clinical trials in research university hospital settings and into outpatient clinics throughout the country.

Following the completion of this research and the MFT stipend commitment in June, Minh will continue to work in public mental health. He has made an additional yearlong commitment to servicing marginalized populations in our country’s most populous county through the California State Mental Health Loan Assumption Program Award (MHLAP).

Throughout and all the while, Minh stay true to his stated purpose, “To be an undercover agent for depth psychology,” in a mental health system that often seems as though it has forgotten the importance of soul.

We are honored to be able to recognize and support the important work Minh Tran is doing in his community by naming him as the 2018 recipient of the Wendy Davee Award for Service. 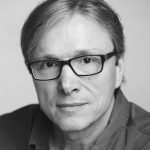 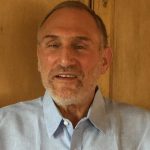