Throughout his long and prolific career, Ray Stanford Strong (1905–2006) strove to capture the essence of the western American landscape. An accomplished painter who achieved national fame during the New Deal era, Strong is best known for his depiction of landscapes in California and Oregon, rendered in his signature plein air style. This beautiful volume, featuring more than 100 color and black-and-white illustrations, is the first comprehensive exploration of Strong’s life and artistry.

Through family papers, archives, photographs, and a two-year series of interviews conducted with the artist personally, Mark Humpal traces Strong’s journey from his childhood on an Oregon berry farm to his artistically

formative years in New York and San Francisco. After moving back to the West Coast, Strong produced important works for the WPA, executed major diorama projects for two world expositions, helped organize the Santa Barbara Art Institute, and served as teacher and mentor for a new generation of plein air artists. But, as Humpal emphasizes, Strong distinguished himself by resisting the drumbeat of the avant-garde. During an era when many artists were experimenting with abstract expressionism, Strong never relinquished his personal vision and adherence to a more traditional style. With his outgoing personality, he forged friendships and associations with such prominent artists as Frank Vincent DuMond, Maynard Dixon, Ansel Adams, Frank Lloyd Wright, and John Steinbeck.

Ultimately, Strong had little concern for his place in the sweep of art history. The proficiency he achieved through years of formal and informal study allowed him to craft a personal style difficult to categorize but unique and engaging. By expanding our understanding and appreciation of Strong’s artistic contributions, this book offers a fitting tribute to one of America’s finest landscape artists.

I am an art historian, independent curator, and gallerist in Portland, Oregon. I have co-authored, with Margaret E. Bullock, of Coast to Cascades: C.C. McKim’s Impressionist Vision, and my articles on Oregon artists have appeared in the Oregon Historical Quarterly and other journals. 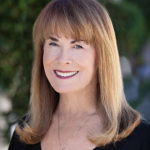 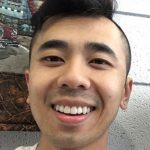