Hendrika de VriesWhen a Toy Dog Became a Wolf and the Moon Broke Curfew: A Memoir
BUY ON AMAZON

Born in the Netherlands at a time when girls are to be housewives and mothers and nothing else, Hendrika de Vries is a “daddy’s girl” until her father is deported from Nazi-occupied Amsterdam to a POW camp in Germany and her mother joins the Resistance. In the aftermath of her father’s departure, Hendrika watches as freedoms formerly taken for granted are eroded with escalating brutality by men with swastika armbands who aim to exterminate those they deem “inferior” and those who do not obey.

Hendrika de Vries was born and raised in Amsterdam, The Netherlands. After some years as a swimming champion, wife, and mother in Adelaide, South Australia, she later became immersed in the Depth Psychology of Carl Jung. She received an M.T.S (cum laude) in theology at Virginia Theological Seminary and a degree in psychology in Santa Barbara, where she became a Jungian-oriented Marriage and Family therapist. For over thirty years, she has used dreams and intuitive imagination to facilitate recovery and healing of trauma, life transitions, and relational issues, and to empower women. As a longtime teacher and lecturer at Pacifica Graduate Institute, she helped students explore the archetypal and cultural patterns in their life stories.

Her memoir, When A Toy Dog Became a Wolf and the Moon Broke Curfew, tells her childhood story of resistance, resilience, and a mother-daughter survival bond in Nazi-occupied Amsterdam during WWII. 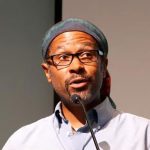 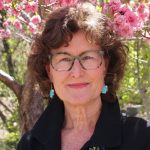