Originally from San Francisco California, Aaron attended UCSB as an undergraduate, majoring in Black Studies and Political Science. While an undergraduate, Aaron was deeply involved in activism, politics and was elected AS President. He began his professional career at UCSB working for the Associated Students, first as the Student Government Advisor and then as the Assistant Director for Community Affairs. During this time, Aaron embarked upon his graduate studies as a doctoral student in the Department of Education at UCSB.  Aaron is presently Director of the UCSB Educational Opportunity Program. 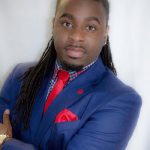