Everything Converses by Craig Chalquist

Everything Converses by Craig Chalquist, PhD

Depth psychology has played a key part in helping us realize that nature, place, and Earth live inside us, just as we live inside them.

As C. G. Jung and James Hillman pointed out, the psyche naturally personifies deep experience: your dark side appearing as a shadowy Other in disturbing dreams; your brilliance taking form as the light brought back to you by shining guides that populate your imagination. The unconscious is like a novelist or filmmaker turning scripts into characters to confront you with.

Personification seems not to confine itself to human relations. The places where we live also show up as people in dreams, fantasies, myths, activated imaginings. For W.E.B. Du Bois, the city of Atlanta was like the mythic character Atalanta, as he noted in The Souls of Black Folk:

You know the tale,—how swarthy Atalanta, tall and wild, would marry only him who out-raced her; and how the wily Hippomenes laid three apples of gold in the way. She fled like a shadow, paused, startled over the first apple, but even as he stretched his hand, fled again; hovered over the second, then, slipping from his hot grasp, flew over river, vale, and hill; but as she lingered over the third, his arms fell round her, and looking on each other, the blazing passion of their love profaned the sanctuary of Love, and they were cursed. If Atlanta be not named for Atalanta, she ought to have been (2012, p. 37).

Today we call the field in which we draw these connections terrapsychology. Du Bois was doing it in 1903, well before we had a word for it.

Drawing on depth psychology’s investigations of symbol, myth, and the unconscious, terrapsychology reimagines how deeply and intimately our psychological life is involved with our surroundings, whether human or other than human: not only places, but neighborhoods, regions, supposedly lifeless everyday objects, buildings, forests, rivers, skies. All inside us, just as we are in them.

It makes sense when you think about it, this world-interiority parallel. We ascend hills or mountains for a higher view. We seek the deserts to purify the soul. Some of my most productive writing years were spent living next to an enthusiastically flowing stream. We are always in the discourse of place, element, landscape. We may have forgotten their presence consciously, but they have not forgotten us.

By doing this, we restory and thereby reenchant our relations with the world, and therefore with each other and with ourselves. The human and the more-than-human are inseparable.

Of the more than fifty master’s and doctoral studies drawing on terrapsychology, most bring to light neglected aspects of human sociality. A student of Native American ancestry studied how harm to the San Lorenzo River in Santa Cruz resurfaces in homelessness and drug addiction. Another student traced how local swirling waters shows up in the creativity of women weaving. Another researcher asked: What is it about certain San Francisco neighborhoods that make queer people feel safe? Yet another, from the Philippines: How is it that my physical symptoms mimic what open mines here have done to the surroundings? How to heal both? In South Africa, a clinical psychologist reintroduces people indigenous to deforested lands—a legacy of apartheid—to what’s left of the spirit or soul of that struggling place.

Not all the work of reconnection is heavy. Why do certain possessions vanish, only to return later? Is there a symbolic signal? I used to drive an old beater of a Subaru with one door speaker troubled by a loose speaker wire. When it buzzed, I talked to it:

Then there are sacred places. Emissaries of Earth? Portals in the land where heaven and nature touch?

In the first half of 2020, Routledge will publish Terrapsychological Inquiry: Restorying Our Relationship with Nature, Place, and Planet. T. I. is the first and, as far as I know, only research methodology designed specifically for deep Earth-honoring studies both inside and outside the academy. For this we have many students to thank. The book quotes from them. It also quotes from indigenous sources that have told us about these deep relationships for centuries.

What happens when we make an Other of Earth is obvious from the climate news. But as the poet Gary Snyder points out, nature bats last. If we expect to keep living on this planet, we will have to get serious about the hard work of restoration and repair: work that only runs deep enough when we stop feeling separate from our surroundings.

Craig Chalquist, PhD is a graduate of the Pacifica Graduate Institute Depth Psychology Program and an adjunct instructor. Find out more about terrapsychology at http://www.terrapsych.com. 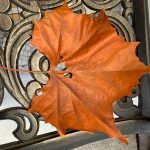 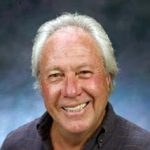