Dr. Will Linn holds a Ph.D. in Mythological Studies with an Emphasis in Depth Psychology from Pacifica Graduate Institute in Santa Barbara, California; a BA in philosophy from the University of the South in Sewanee, Tennessee; and a CORe credential from Harvard Business School. His dissertation, Western Myths of Knowledge: Particles of Stone and Waves of Elixir, focuses on classical, Abrahamic, and scientific origin stories of knowledge.

Currently, in addition to co-hosting a Myth Salon in Santa Monica, Dr. Linn also co-hosts a radio show that he created for the Santa Barbara News Press called Mythosophia, in which he interviews leading story artists and scholars from such territories as myth and religion, science-fiction and fantasy, visions and dreams, rituals, novels, films, comics, and other storytelling formats and mediums.

Join us on Friday evening, March 1, 2019 as we celebrate and honor Dr. Will Linn. Visit http://cominghometopacifica.com/ for additional information and registration. 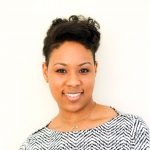 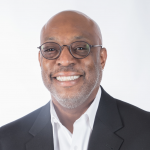