The myth of Psyche and Eros features one of the world’s best momzillas, monsters, a quest, some unexpected helpers, a delicious but-not-sure-he’s-ready-to-commit hero, and a heroine who can’t win until she decides she doesn’t want to.

Psyche’s adventure is an oddity in mythic stories, in that it has a happy ending. Psyche is not turned into a tree, or a constellation, or a spider, or any of the other fates that generally await humans who get too close to the gods. Instead, she discovers the power of a small rebellion and finds true love. Not bad for a princess who starts out tied to a rock.

In an irreverent retelling of the myth that celebrates the human psyche’s love for love itself, Psyche’s Choice invites you to ponder the power of choices you make: what happens when you decide to rebel and do what really feeds your soul? The answer may surprise you.

Psyche’s Choice is a short story, based on the myth of Cupid and Psyche by Roman writer and philosopher Apuleius, from his novel, The Golden Ass. It comes wrapped in some deeper explorations of how Psyche works as a metaphor of soul and identity, and invitations to explore how you might find frivolity and imagination in your own life with subversive creativity.

Leigh Melander, Ph.D. has a doctorate in cultural mythology and psychology from Pacifica Graduate Institute, and has a background in writing and the performing arts, marketing and strategic planning, and strengthening communities nationally and internationally. She has served as a board member for the Joseph Campbell Foundation and on the academic advisory board for  Spring Journal   for several years, was featured on the on the History Channel as an expert on myth and story, and has hosted two radio programs on myth and imagination on an NPR affiliate in New York state. She works with individuals, communities, and organizations to imagine past what they think as possible, and she and her husband own Spillian: A Place to Revel, a regenerative center for imagination and creativity on the historic Fleischmanns Yeast family estate in the Catskills. 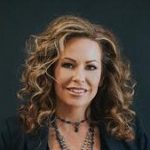