Leanne WhitneyConciousness in Jung and Patañjali
BUY ON AMAZON

Conciousness in Jung and Patañjali

Patañjali’s Classical Yoga, one of the six orthodox Hindu philosophies, is a classic of Eastern and world thought. Patañjali teaches that notions of a separate egoic “I” are little more than forms of mistaken identity that we experience in our attempts to take ownership of consciousness. Carl Jung’s depth psychology, which remains deeply influential to psychologists, religious scholars, and artists alike, argues that ego-consciousness developed out of the unconscious over the course of evolution. By exploring the work of key theoreticians from both schools of thought, particularly those whose ideas are derived from an integration of theory and practice, Whitney explores the extent to which the seemingly irremediable split between Jung and Patañjali’s ontological beliefs can in fact be reconciled.

This thorough and insightful work will be essential reading for academics, theoreticians, and postgraduate students in the fields of psychology, philosophy of science, and consciousness studies. It will also appeal to those interested in the East–West psychological and philosophical dialogue.

For over twenty-five years I have researched the mind body connection and, over the last fifteen plus years, their interrelation with pure consciousness. I work as a transformational coach, Yoga teacher, and documentary filmmaker. My professional papers include Depth psychology through the lens of Classical Yoga: a reconsideration of Jung’s ontic reality and Jung in dialogue with Freud and Patañjali: Instinct, affective neuroscience and the reconciliation of science and religious experience. 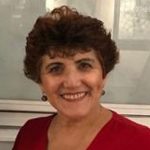 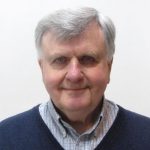