Harry Grammer is a poet/ musician and founder of New Earth. As the Founder and Director of Programs, Harry brings his leadership and visionary spirit, along with an extensive background in teaching poetry and self-expression to incarcerated and at-risk youth.  Since the program’s inception in 2002, he has been an integral part of growing the organization.

For ten years, Harry has been the head instructor for all New Earth programming offered to over 2,500 incarcerated and formerly incarcerated youth per year in Los Angeles County. In addition to developing and teaching core curriculum, and designing new programs, Harry also trains and manages New Earth teaching staff. He has a stellar track record—with an 83% success rate in keeping the kids he works with out of the juvenile probation system once they are released. Harry was the winner of the Los Angeles Social Venture Partner’s 2013 Fast Pitch Competition as well as the recipient of the 2012 Josephine “Scout” Fuller Award from Psychologists for Social Responsibility (PsySR). Harry is currently a Ph.D. student at Pacifica Graduate Institute studying Depth Psychology with an emphasis in Community Psychology, Liberation Psychology, and Eco-Psychology.

Reflecting on his dedication to New Earth, Grammer explains, “The kids make it worthwhile. What makes me up in the morning and motivates me to get out of my bed is to work with these young people that I get to work with. Every day I am floored by the potential that they carry and by the wonder in their eyes. They’re bright-eyed, bushy-tailed kids who are soaking up it all up and asking for more.”

“The desire to look at the issues in my work from a depth psychological and phenomenological perspective brought me to Pacifica,” says Grammer. “Pacifica has been a launch pad for my work. Although I was deep into my work prior to Pacifica, the studies and relationships I made have redesigned my approach. Mary Watkins has been a tremendous mentor for New Earth and for me. I am eternally thankful for her support. I’m looking forward to receiving my doctorate degree, and feel that it will help move this work in ways not possible in the past.” 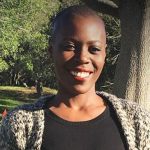 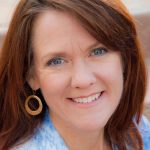