Dulanie Ellis was a Script Supervisor for feature films and television for 15 years in Hollywood and taught the craft for several years. When she moved to Ojai, she became Associate Producer at Tell the Truth Pictures in 1990. As one of the three-person documentary film team, Dulanie juggled the responsibilities of production management, locations, story development, grants and fundraising. Tell The Truth produced social justice films for HBO and the Teaching Tolerance program of the Southern Poverty Law Center. Their last film together, Mighty Times: The Legacy of Rosa Parks, was nominated for an Academy Award.

In 2000, Dulanie launched her own production company, Walk Your Talk Productions, in order to explore what it would take to protect the world-class farmland in her region from development. She joined a civic roundtable and took leadership in her community’s Food Council, with the goal of sustaining and promoting local agriculture. Thus began her commitment to agricultural activism. Immersed in the issues of environmental stewardship of farming, housing for farm workers and the pioneering home-farming movement, she was led to the greatest story of her career: Ground Operations: Battlefields to Farmfields. The goal of Ground Operations is to strengthen the growing network of combat veterans who are transitioning into organic agriculture; and to build their resources so that they can create healthy new lives for themselves and food security for our nation. Working with top-tier documentary consultants, Dulanie has fashioned a vibrant social action campaign for the film, a companion book and national tour of film-food-farming events that champion our veterans’ new mission. 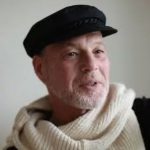 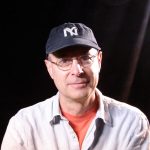