Corinne Bourdeau, (M.A. Engaged Humanities, 2010) is the founder and president of 360 Degree Communications, a boutique entertainment marketing company dedicated to social change films. 360 has worked with a wide variety of clients, including independent producers, entrepreneurs, and major studios and companies, such as 20th Century Fox, Music Box Films, National Geographic, Sundance Selects, Participant Productions, Roadside Attractions, and Nat Geo, among others. 360 has created compelling campaigns for many successful niche films: the Academy Award winning The Cove, Free Solo, Buck, Boyhood, Pina, and Central Park 5 among many others. Currently, Ms. Bourdeau is working on the film The Public to create awareness around homeless issues, with director Emilio Estevez.  Ms. Bourdeau is the founder and Co-Director of the Esalen Inspirational Film Festival, featuring social change and spiritual film programming. In addition, Ms. Bourdeau is writing a book, Storytelling For Change: How Filmmakers are Changing the World, inspired by her education at Pacifica and her coursework in myth, storytelling, and depth psychology. 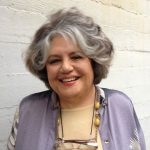