A Self-Made Journey to Congruence: How Depth Psychology Sparks Resilience and Growth

Nely Galan, author of the New York Times Best Selling book, SELF MADE, Becoming Empowered, Self-Reliant and Rich in Every Way(2016), came to Pacifica in 2010 for the M.F.T program in Depth Psychology, after her lucrative career as a TV-Executive and television producer no longer felt right in her soul.

Since then, as a result of her research at Pacifica, Nely has focused on helping women and men from all walks of life to overcome obstacles and find success in finances, relationships, love, and spirituality. When we struggle to know how to cope with the challenges we face, grounding ourselves in healthy psychological beliefs and understanding psychological processes around taking care of ourselves first before prioritizing others are just some of the ways by which we get in touch with our own inner resilience.

In this dynamic keynote address, Nely will reveal how studying depth psychology helped her find a new career path that allowed her to find more meaning and happiness, and to become more congruent—knowledge she has shared with multicultural women around the country in a non-traditional way, by introducing depth psychology to this underserved community. By bringing depth psychological applications to the wider world, Nely’s work provides valuable insights and innovative opportunities for transformation in individual, group, and community work for psychologists, practitioners, and professionals of all kinds.

Nely Galán is a self-made media mogul. Dubbed the Tropical Tycoon by the New York Times Magazine, she was the first Latina President of Entertainment for a U.S. television network (Telemundo). She is an Emmy Award-winning producer of over 700 episodes of television in Spanish and English, which she produced through her multi-media company Galán Entertainment. Galán is the founder of The Adelante Movement, which seeks to empower and train Latinas and Multicultural women economically and entrepreneurially. She is the author of The New York Times best-selling book Self Made, Becoming Empowered, Self Reliant, and Rich in Every Way (2016) Random House, about the revolution in women’s entrepreneurship led by multicultural women in the U.S. and emerging women around the world.
Location 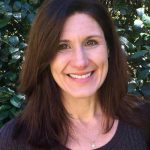 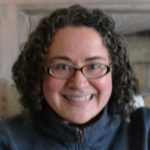