Melvin Allen received his doctorate in depth psychology in 2016 at the age of 70 and has two masters, one in depth psychology and another in spiritual psychology. Melvin was born in the inner city of Chicago in 1947. In 1955 at the age of eight he and his family attended the funeral of Emmett Till, a young African American boy who was murdered by a group of racists in Mississippi. At the funeral his mother told him, “Don’t let race stop you from doing anything you want to do!”

From then on, Melvin’s life became about service. In 1957 he organized one of the first African American boy scout troops in the inner city. At the age of 12 Melvin created a social club called Brother Nueve, which provided social events and activities for the youth in the neighborhood, and in high school he volunteered to be the school photographer. Melvin spent four years in the army in the 1960s, and in his free time, he volunteered to teach basic photography and darkroom techniques to his fellow soldiers in Vietnam.

Returning to the states after his tour, Melvin attended the University of Illinois, where he volunteered on campus, took pictures for the school magazine, served on the grading committee for the school of commerce, and helped to create what is now a student alumni association. After graduation, he worked in Chicago, and volunteered to create an annual Career Day for inner city kids.

Moving from Chicago to New Jersey provided more opportunities to serve. Melvin was elected a democratic committeeman for Middlesex county three times and served as a cub scout master for 61 boys and 11 adult leaders. He also helped found PADEG, People of African Decent Empowerment Group, which was dedicated to uplifting the African American community around the world. As part of his work with PADEG, Melvin assisted the University of Cape Town, South Africa to raise money for and build a school for township children that were not allowed to attend public school.

After marriage to his beloved Dr. Sherrie Sims Allen (also a Pacifica grad!), and a move to LA in 2005, Melvin became the first African American male to volunteer to work with female inmates with the Freedom to Choose Foundation. The goal was to teach communication and forgiveness skills; his specialty was working with women who hated men or who had killed their husbands. For eight years everyone called him “Dr. Luv.”

After all these years and varieties of service, Melvin feels that his ultimate act of service is being a hospice volunteer for 15 years with Trinity Care Hospice. Every year during the Christmas holidays Melvin organizes his community to adopt several underprivileged hospice families who have children in hospice. Hospice work is the most gratifying act of service he has given, “Being a midwife to the soul.”  Melvin’s life of service truly represents a life of  love, engagement, advocacy, and wisdom on fire! 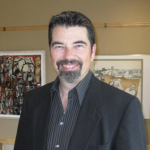 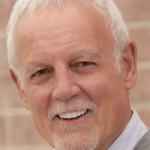