David T. JohnstonIndividuation and the Evolution of Consciousness: At the Turning Point and Jung's Challenge
BUY ON AMAZON

Individuation and the Evolution of Consciousness: At the Turning Point and Jung’s Challenge

In this book I explore the nature of the evolution of consciousness as described by C.G. Jung, Eric Neumann, Jean Gebser and Sri Aurobindo.  Jung’s individuation process is founded on the fact that everything living dreams of individuation, which parallels Sri Aurobindo’s observation that all life is yoga. Their paths involve a specific concentration of a natural phenomenon of nature, which speeds up the process. This grounding in nature is a significant factor that distinguishes their spiritualities and psychologies from other spiritual and psychological disciplines and methods.  Although this book is mainly about the evolution of consciousness of the Western psyche, I use Sri Aurobindo and the Mother as my most important hermeneutic references.  In addition, I refer to the work of Jean Gebser to add insight into the significance of the evolution of consciousness. I also refer to the study on the development of the Western mind by Richard Tarnas for understanding of the unfolding of the Western psyche from a philosophical, religious and psychological perspective.  Jung’s path involves the incarnation of the Divine through the individuation of individuals and potentially leads to far-reaching transformation of both individuals and culture.  These potential realities reflect Jung’s important challenge to Western and world culture at this critical turning point in human history. Not only do I represent Jung’s challenge at this point in history, but I am particularly interested in differentiating Jung’s approach to psychology from that of his prize pupil, Eric Neumann, as well as from that of a brilliant post-Jungian, James Hillman, in addition to Erich Fromm, a post-Freudian, and Charles Poncé, another post-Jungian. I believe these differentiations are important in helping to elucidate the deeper and higher nature of Jung’s challenge.

David Johnston has been a practicing psychologist in Victoria B.C., Canada since 1996. He resided in Pondicherry, India from 1970-1973, where he was introduced to the Integral Yoga of Sri Aurobindo and the Mother. He subsequently studied at the Jung Institute, Zurich in 1975. In 1996, he received his PhD, phil. in Clinical Psychology at Pacifica Graduate Institute. He has published Prophets in Our Midst, Jung’s Global Vision, and Individuation and the Evolution of Consciousness. 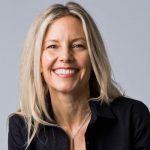 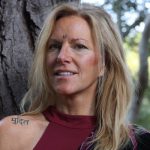